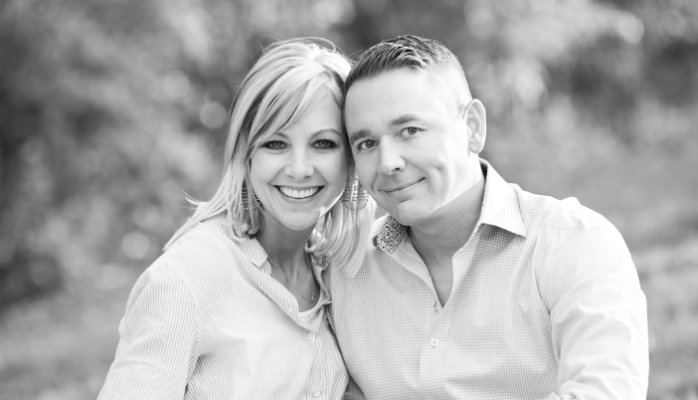 7 Figure Companies are NOT built by…Working Less, No Stress, No Pains, No Failures, No RISK. And many more negatives that repel a normal ‘corporate 9-5’er'. This is not some post that will paint you a glorious rainbow. And it may scare you a little. But…

It is my plan for you to extract at least ONE THING that will help YOU in 2017. Let’s start this journey.

I feel that it is important that I begin with my youth and move it to the present. Understanding that life failures and pains are truly blessings. That is extremely important for me to optimize the present.

My past is the strong foundation behind me building multiple million dollar companies. I grew up with a loving mother and a father that was Ex-Army. He was very strict and that is being nice. lol

I used to learn ‘my lessons' from his belts that left welts for days. (kinda rhymed) Funny thing is… He always missed my butt and got the back of my legs which hurt way worse.

Many things were far from perfect growing up. He would only rent our homes, so we moved many times growing up. Basically… He feared commitment. To himself. To my mother. To his children. This is some of the reasoning behind me providing for my family like I do.

I COMMIT FULLY FOR MY FAMILY.

My mom and dad divorced when I was 15 years old. My mom asked for ZERO DOLLARS from him. ….of course I stayed with her and not him. She married him at a VERY EARLY age and never had a job. She set a stern example when I was 15 yrs old.

HE LEFT AND… She picked our life up immediately. She was not a ‘victim’. She worked 3 jobs to support us. $1 comes in and $1 goes out. She splurged by purchasing me a membership at Bally Total Fitness for $29/Month. That was a life changer for me to say the least.

That divorce combined with my mom’s actions taught me some important lessons early on. For example… When life takes a turn… TAKE IMMEDIATE ACTION. (Don't Wait) That is pretty important to understand.

You can cry but you better get your ass moving while the tears are still flowing. (Write the above quote down)

Alright… Let’s keep moving. It was several years later when I graduated high school. Yep… Lucked my way through that mess.

Don’t tell my kids but I was MISERABLE in school. I think I had two true friends. Quick shout out to Danny and Matt!

I was made fun of a lot because of my unique last name and my shitty shoes. My dad most likely bought them from K-Mart. (Not kidding either) Well… I graduated with flying colors around a 2.0 GPA. In honor of that…

It was time To Party For A Bit! Maybe 2 years or so. lol

I ended up getting a job as a part time personal trainer at Bally Total Fitness. I was a gym rat… So why not! Bally was a total LIFE CHANGER for me in multiple ways. I met my lovely bride while I was there. Well… I heard her on the radio while I was in the locker room anyways. That’s a whole other story.

So, I met this hot chick (now my wife) that inspired me to go from personal trainer to one of the top dudes in charge of Bally Total Fitness. Yep… Mr. Corporate right here. I ended my career with Bally after a 7 year run with them. I was in charge of 3 states, hundreds of employees, and answered directly to the Senior VP in big Chicago!

I was 27 years old and making HUGE bank. Or at least I thought. Why did I move on from Bally? It’s simple…I didn’t want to die before age 30. My blood pressure was 100+/150+. I hardly saw Beth and could not fathom having kids with my schedule.

I received a breaking call from my buddy and ex-counterpart at Bally. He found a way out of this fitness leader, months prior. Many thought Bally was mafia

😬 He was now doing insurance. And he was making a ton of cash doing it. He was selling lots of life insurance and also sold a little home/auto/business insurance.

He had called me for 6 months telling me to switch to insurance before I actually said YES. And THANK GOD I did.

😇 I made the move to insurance and I took over a small agency with massive problems. The prior agent was stealing money from American Family Insurance. YIKES!

….and I had to tell all the policy holders that they had no coverage. THAT WAS FUN! (NOT!) I focused solely on cross-selling the current agency book with life Insurance. Same as my buddy, Eric. The cool thing about life insurance is the big payout initially. Actually it is 100% of the first year’s premium. Nothing year 2 or 3 or 4… etc.

For example… If the monthly payment was $500 then home boy here would cash out at $6K. BOOM. It was a never ending cycle and I consistently had to sell, sell, sell. Or Beth and I don’t eat. (ain’t nobody got time for that) Pretty simple concept.

I soon saw the power of RESIDUAL paying premiums. Such as… home, auto and business insurance. RESIDUAL IS POWERFUL. <= (WRITE THAT DOWN)

It reduces the stress of your expenses. It brings security to you and your family. You can take time off of your current NEW BUSINESS GRIND and retain your current clients. RESIDUAL INCOME BRINGS MUCH MORE TOO. (Hence… My current model that I will disclose later in this post for you) I started pumping the residual side of the insurance industry with property and casualty sales.

We made cash every year the same policies renewed. HIGH RETENTION = SCALING RESIDUAL INCOME. We led the nation with multiple companies in commercial/business insurance. One day… It hit me by complete accident. I inherited a client that owned multiple apartment complexes. That client called with a few questions on their policies.

I KNEW NOTHING ABOUT APARTMENT COMPLEXES UNTIL…I saw the premium of $32,678. I then multiplied that by my 15%! Commission on that one policy was $4,900 compared to $75 on a homeowners policy and it was RESIDUAL! WHAT!? CHA CHING!

I scratched my head and said… “I will be the world’s best Apartment Insurance Dude on the planet!” ….and I did just that. I became the GOTO guy for commercial real estate brokers in 50 states. I built a brand specific to the Apartment Industry => www.NCAIG (dot) com

Apartment owners across the country flocked to me… literally. “If you build it, they will come” (Field Of Dreams Quote) Beth and I were doing hundreds of thousands on several months of the year. It would WOULD RENEW every single year like clockwork. CASH MACHINE TO SAY THE LEAST.

And then it happened…I chose to do business with a company that changed our world forever. FOREVER.

………part 2 will be released tomorrow.

Taking you through our exact model to date, our future changes and 10X'ing in 2017!

The above writings will give you a solid background on why I chose to structure this business and our offers the way we do.